Why is drawing the apple such a popular trope in learning art?

Honestly, if I had my way teaching, I would tell students to draw a white sphere on a white background instead. That is an infinitely more challenging option for new students. The apple, however, is a lot more accessible I would assume.

Observation is a key part in how an artist understands reality. We are bound by the rules of the realm we live in. Assuming a student is looking to draw with their earnest effort, the hours to analyze how an apple exists in our realm is more than enough to teach everything when it comes to art.
Before we want to draw our favourite cartoon characters, we must understand that everything we inevitably draw will come back to the fundamentals of drawing the apple.

So what are you really supposed to look for when you’re put into the situation of having to draw it? The answer: everything.

The inevitable first step for a beginner artist is to analyze its contours or, in less technical terms, what is the apple and what isn’t. It sounds ridiculous, but this is where many people make mistakes from the get-go.

Translating the three-dimensional plane into two dimensions is tough. Beginners are often distracted by the details, colours, and lighting. They think in terms of what an apple should look like instead of what the apple in front of them is. This often requires, interestingly, geometrical knowledge from math; to see the vision in front of them as if it’s a combination of angles.

The exercise is to draw the apple, not to draw an apple. Remember that, as the exercise suddenly becomes harder than it seems from first glance.

But wait… That really isn’t the first step, is it? Composition takes the highest priority, but a lot of beginners never seem to spend even a second on it.

Of course, you can also crop the canvas later but before the pencil even touches it, everyone has to have an idea of how the apple should be placed.

The art instructor would hopefully, after having a contour drawing, lecture on the importance of values. A frequent mistake is, again, going with assumptions.

“The apple is a pretty deep, dark red so I will have to pump up the darkness on my drawing!”

The exercise starts becoming even more difficult, as a beginner would be too preoccupied with drawing the apple to realize there’s a much more important consideration.

Values (and colours) are relative to each other. When you are told to draw an apple, you are not only drawing the apple but you are also considering its environment – the realm – it is situated in.
I’ve stated numerous times how it is literally impossible to register every value on the canvas. My older blog posts can go into more depth regarding that. This means that in drawing the apple, the values of its surroundings must make sense in context with what we are capable of drawing.

If an apple is lit from its back by the sun, the apple, relative to the sun, would be supremely dark. However, if the apple was put in a black background, it would look comparatively light.

Based on my text, you can assume what I tend to see from most beginners is either making the apple too dark or too light. As values are pivotal in creating form, it immediately determines whether the drawing truly registers as the apple or not.

In the quest to get the values going, lighting must also be considered. Not only are we having to get the general local values of the apple, we must now have to light it in such a way that it looks like the same apple throughout.

This is the brick wall most artists won’t climb over until years after their training. This is EXTREMELY difficult. How often do we see awful smudge and burn shading on Deviantart?
Poor shading will put the apple in this seemingly interdimensional warp, where one side looks like another object altogether. It is pivotal to get the correct values (IN CONTEXT WITH THAT PARTICULAR ENVIRONMENT) to convince viewers that it is, indeed, the lit apple.

Oooh… Now we’re getting to the grand finale, keeping in mind that most of the population would have gotten everything before this wrong to some extent.

Colour can be broken down into three aspects: hue, saturation, and value. As you may have guessed, everything I’ve written so far pertains to only one of the three. Value, admittedly, is the most important of the three, so it’s imperative to get that right before moving to hue and saturation.

The artists must now ask the same questions (and more!) and find answers to the other two aspects! How complicated is that?!

Congratulations; the drawing is finished! However, by this time, the artist may look down at his/her drawing and think…

The drawing may be blobs of value and colour which so happens to resemble an apple. However, going back to everything before, the point of the exercise is to draw the apple. It might be a very good apple, but is it the apple?

This is the beauty of observational drawing. It is a training method to reprogram our perception; to draw the truth rather than what we think is the truth. It is the gradual process of conditioning us to avoid drawing symbols.

We’ve all started, as children, to draw stick figures to represent humans, squares to represent houses. The apple exercise forces us to evaluate everything we know about the world. The apple is merely the beginning of the journey, and entices us to explore the rest of reality with an objective eye.

Oh, and by the way, this list isn't even considering one thing: style. As stated before, it would be asinine to think we can replicate reality as it is; it's literally impossible. Interpretation is key even in realist painting. Now, it's a matter of painting the apple but also try to put your own flair to it without destroying the perception that it's the apple.

But art is easy right? Just copy what you see! 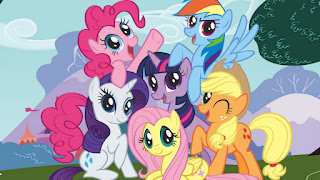