Welcome everyone to the first post for Chow’s Art Odyssey! As with my Youtube podcasts, I will be discussing theories and concepts making some of my favourite pieces of artwork. This blog will hopefully have more substance than my audio pieces as I tend to get my point across better through text than speaking. In the future, I hope to have both supplementing each other as a complete package.

Figuring out the topic for my first blogpost was a doozy. The true magic of art is that the learning is neverending, and the possibilities create endless amount of discussion. However, I ultimately decided to start with the absolute simplest ideas in art: white and black.

I remember in art school, one of my favourite professors would tell me to avoid using pure black. Having no real idea why, it took me quite awhile before I’ve understood what she meant by it. After studying a myriad of resources, I can put some of my findings here.

In truth, both pure black and pure white must be used very carefully. To understand why that is, we must understand what they represent in context of reality.

Let’s start with pure black. Black is merely a representation of the lack of light. All objects in reality are only seen if light reflects off of them and into our eyes. There might be darker objects than others but to use the absolute darkest value possible is to tell the audience that no light is hitting that area. In any sense of realistic portrayals in art (no stylistic choices), black is only used for this purpose alone.

Pure white, on the other hand, is more open-ended. Pure white is to represent an abundance of light. Since colour is relative to each other, the function of white largely depends on its surroundings. For instance, a scene with a light bulb might have white representing its light emittance. However, if the light bulb is in the presence of a stronger light such as the sun, the light bulb’s value can no longer be realistically portrayed as the brightest value when the sun must take precedence.

As I’ve just described what both represent, it might confuse readers right now as to why these two colours seem to be “dangerous”. To omit their uses entirely would be doing a disservice for the artist after all. What I’ve stated so far, however, is merely a breakdown behind the logic of their use, but not the practical and artistic sense.

Both pure white and black are very, very strong. Putting them on the canvas immediately brings attention to them. In future posts, I will talk about why that is but understand that nothing in colour takes more priority than the value (brightness) contrast. White and black, hitting both extremes of colour, will always create attention, intentionally and unintentionally.

To use either colours should be a very concise choice. The moment these two values are placed, all of its surroundings must make sense in context of their use. There lies the crux of the problem and why my teacher said what she had to say. Many inexperienced artists use white and black too early, unintentionally destroying the balance of values.

A mentor of mine used to tell me that you should paint as if you’re bringing something out of the fog slowly. Fog shrouds all objects, and only by bringing it out slowly do those objects become clearer. Similarly, a good habit is to use values close to each other in the beginning and start using more as you progress in your painting, avoiding the use of pure white and black until it’s absolutely necessary. In fact, most paintings simply use values just shy of pure white and black in order to avoid the situation altogether.

An early misuse of white and black will put a lockdown on the potential ways you can solve problems in your painting. For instance, what if you’ve used white already but there’s a stronger light that must be in your painting? What if you’ve used black early for a character’s shirt but you must show the darkness of his hands clasped together? Remember: colour is relative. As reality has a lot more values than paint can portray, we must use whatever values paint is capable of creating optimally!

Inevitably, the argument against this would be bringing up styles such as comics and manga. What I’ve mentioned only pertains to painting with any sense of realism. It does not, however, encompass clear stylistic choices. Black, in those styles, tend to be used as a unifying element in the artwork. It’s used in such a specific way consistent throughout (black lineart on pure white paper) that it’s no longer about creating a semblance of realism. Big eyes, bright colours, and wacky hair would probably be good indications that it’s not.

An artist who gets used to them might have trouble transferring those skills to a more realistic style. A common issue that I hear many people talk about is how their sketches look better than their final renders. Apart with a myriad of other aspects such as flow, a huge part is simply the fact that sketches tend to use a consistent use of black lineart in order to unify the piece, whereas a painting (under the assumption that it’s sans lineart) will no longer have that element in place.

That will be something I will talk about at a later date. For now, hopefully this was an informative first post. Thank you and I’ll see you next time! 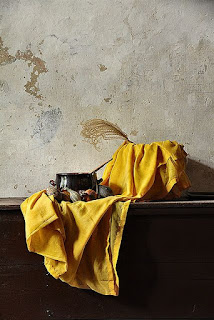